We would like to offer our sincere support to anyone coping with grief. Enter your email below for our complimentary daily grief messages. Messages run for up to one year and you can stop at any time. Your email will not be used for any other purpose.

Share a memory
Obituary & Services
Tribute Wall
Read more about the life story of Linda and share your memory.

Linda Lee Gearin, 80, of Newton Falls and formerly of Salineville died on Sunday December 4, 2022 at the Trumbull  Regional Medical Center.

Linda was born in Wellsville OH on August 15, 1942 a daughter of the late Thomas P. Heiney and Ida Mae (Jacobs) Heiney. Having lived all her life in the area Linda was a graduate of Salineville High School Class of 1960. She spent her years as a homemaker raising her children. She had attended the Warren Baptist Church and loved spending her free time reading.

In addition to her parents Linda was preceded in death by her husband Lloyd “Wayne” Gearin whom she married on October 1, 1960 and who died on December 12, 2011; a daughter: Lori Ann Gearin; three sisters: Amelia Watkins, Margaret Maylone, Levadus Lujano and a brother Donavan R. Heiney.

As per Linda’s wishes no service or calling hours have been planned.

A graveside service will be held at a later time in the spring!

The Kerr Watson Funeral Home was entrusted with arrangements.

Family and Friends may view this obituary and leave online condolences at www.kerrwatsonfh.com or by visiting the funeral homes facebook page.

To send flowers to the family or plant a tree in memory of Linda Lee (Heiney) Gearin, please visit our floral store. 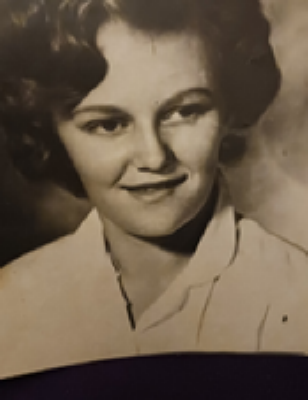 In Loving Memory Of

Look inside to read what others
have shared
Family and friends are coming together online to create a special keepsake. Every memory left on the online obituary will be automatically included in the book.

In Loving Memory Of

Look inside to read what others have shared

Family and friends are coming together online to create a special keepsake. Every memory left on the online obituary will be automatically included in the book.

You can still show your support by sending flowers directly to the family, or by planting a memorial tree in the memory of Linda Lee (Heiney) Gearin